I once went camping with a group of friends. I say ‘once’ because to this day, I cannot understand why people CHOOSE to sleep on a hard bed of rocks in a zipped up blanket which allows easy access for insects and vermin to come for a sleepover, in the middle of the woods –on purpose. Haven’t they ever seen any of the Halloween movies? Blair Witch? 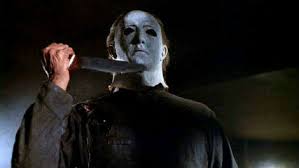 Anyway, one of the guys in our group complained the entire time – so the rest of us referred to him as “toowettoodrytoohottoocold”.

I find that when people complain about mundane things like the weather it’s usually to cover up for something else that’s really bothering them.

For instance, does the lady in my Monday morning yoga class really need to complain every week that it’s too cold in the room? She can easily wear another layer like the rest of us, but instead she chooses to complain instead. I often wonder what’s really bothering her? …. Everything! People like her just like to complain. It’s a distraction from what is really troubling them in their life.
In school we referred to the kids who complained as tattletales (even though now, in this day and age I advocate kids telling me everything – you can never be too careful with the nutjobs out there) but in daily life these complainers are just – well, distracting.

For the most part, complaining is stemmed from discontent about some, or every, aspect of their life that they find it easier to complain aloud about it to anyone who will listen.

Sometimes I am that person. I complain in a way that it’s almost therapeutic to release my discontent. I have learned to control or at least limit my complaining to just  my husband – (lucky man). He tells me the I have a weekend job of : “busting his balls”. I know, I’m a workaholic. )

So if I find myself getting annoyed about something,  I think twice before saying it aloud and decide if it’s worth repeating the obvious.

We all have the potential to be winjers (pronounced “win-jer”: a British friends word for whiner that I picked up years ago and just adore how it sounds- go ahead; say it: “win-jer” – kind of rolls off your tongue, no?) mostly because we are so used to having our way, or at least having the ability to control what we can that when something goes wrong we immediately demand retribution and make a big stink about it.

But what would happen if we all worked on keeping the discontent to ourselves? Maybe by not complaining we will set the tone that it’s ok to accept that which we cannot change and just go about our business anyway. We may even accomplish something great this way.

Sometimes it’s ok to voice your dissatisfaction to anyone who will give you the attention. But  know that they are just being polite and really don’t care. Why not practice changing the negative to something positive – you may just find that you’ll have a more genuine audience willing to indulge you.