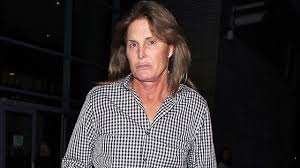 I met a woman at the gym the other day who told me that for 30 years she would work out 8 hours a day – yes that’s technically a 40 hour work week – and did not eat at all.

Now, at age 66, although she still works out every day, she is finally at a healthy point in life. (Although she has no eyebrows, terrible skin, and a thinning hairline, but mentally she is balanced.)

I asked her what changed? How did she realize that working out in such and extreme manner – so excessively and obsessively was not going to get her the results she was trying to achieve?

Her answer was simple: “My son saved me.”

She went on to tell me that throughout her entire adolescence and young adulthood she would obsessively strive to attain the perfect body. As a young child her father would tell her that her eyes should not dictate what her stomach needs. That most people eat with their eyes – meaning they fill their plates with food that appeals to them visually but in reality it’s their stomach that they should listen to and ignore the visual stimulation of delectable looking food. She, unfortunately, took this sentiment to the extreme and made a decision early on not to eat at all.

It reminded me of my own childhood when my father would say: “ Your eyes are bigger than your stomach” every time one of us would take more on our plate than we could finish eating.

I was lucky enough to learn that I did not have to “finish everything on my plate” the way they used to tell kids back in the good old days of the 1970’s. (Which was a huge relief given that my mother wasn’t exactly a good cook ….stay tuned for that blog titled:”why I’m a picky eater”)

But this woman’s’ experience growing up with the pressure to stay thin and keep her stomach concave molded her into the unhealthy mother she inevitably became.

It wasn’t until her son was old enough to realize that his mother needed help that he was able to intervene and offer the help and the encouragement to slow down, to eat, to nurture her.

In essence, their roles were reversed. The son took care of the mother.

Now, at 66, she is finally healthy and happy and leads a balanced life.

The way we are raised, the influence our parents have on us make such an enormous impact on who we become as adults. Take control of how you teach your own children. You have the power to influence.